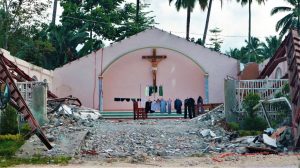 The Pacific Ring of Fire

Late last year, a series of earthquakes struck the Philippine island of Mindanao. Six earthquakes measuring between 5.8 to 6.6 affected a large area southwest of Davo City. Because the Philippines are located on a fault line called “Pacific Ring of Fire,” the islands are prone to earthquakes and volcanic eruptions caused by the movement of tectonic plates.

The tremors caused widespread damage to both urban and agricultural areas. Commercial buildings, schools, homes and infrastructure crumbled from the tremors. Landslides devastated farms and plantations built on the hillsides of mountains, causing severe hardship for the many Filipino farmers and native villagers who are poor and depend on their crops to feed and support their families. 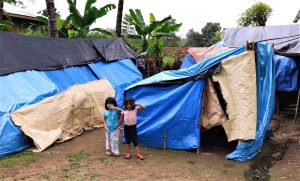 Landslides and falling debris have killed or injured hundreds of people. As of January 1, 2020, an estimated 30,000 families or 150,000 people have been affected by the earthquakes. Many are homeless and have lost their livelihoods. Government officials have declared many areas dangerous and uninhabitable because of the potential for more tremors and earthquakes. Even when the people are able to return to their homes, they will find rubble or damage beyond repair. 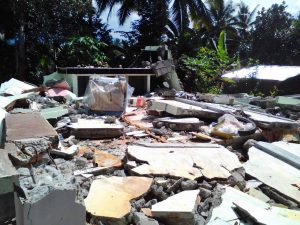 Since early November, the Franciscan earthquake relief operation has steadfastly supplied the earthquake victims with medical check-ups, relief goods, and social welfare interviews. Many of the children exhibit signs of trauma. Their silence, fear, isolation and sadness are heart-breaking. The Franciscan missionaries plan special games and events so the children can play and work together. Most of the schools that have been visited are either badly damaged or destroyed. The Philippine Department of Education (PDE) is building small Temporary Learning Centers in safe areas to give the school-age children a diversion and get them back into school programs.

Please, find the joy of love in your heart for these earthquake victims and continue to support the Franciscan earthquake relief effort in the Philippines. Your gift today will impact the lives of these families in life-changing ways.

Please give a gift of support at: Franciscanmissions.org